A research team is developing a biotechnological process to produce succinic acid based on the bacterium Vibrio natriegens.

Source
Mikrobielle Biotechnologie/TUM
The marine bacterium Vibrio natriegens could soon be an important organism for biotechnology.

The marine bacterium Vibrio natriegens is faster than any other: No known organism that is harmless to humans multiplies faster. This makes it a potentially highly interesting tool for biotechnology. A research team from TU Munich has investigated this question and used the microbe to produce succinic acid. Their research is presented in the journal „Microbial Biotechnology“.

Omnipresent and yet highly sought after

Succinic acid is one of the twelve most important substances that could be produced biobased and biotechnologically instead of petrochemically in the future. The chemical compound is not only interesting for pharmaceuticals and cosmetics, but also serves as a building block for biodegradable plastics. It is found in the name-giving amber, but also in lignite. In the form of its salt, however, it exists in all living organisms. The so-called succinate is formed when the sugar glucose is broken down in metabolism.

This is exactly what the researchers did with Vibrio natriegens: First, they decoded its metabolic processes and then optimized them using modern genetic engineering methods so that the microorganism converts glucose into succinic acid particularly efficiently - and rapidly: "We filled plastic tubes with a salt solution in which Vibrio natriegens feels comfortable, added glucose and sealed the whole thing airtight," says Felix Thoma of the Technical University of Munich, describing the experimental setup. "In the absence of oxygen, the bacteria then converted the sugar and the CO2 dissolved in the medium into succinic acid. This process was completed after about two to three hours."

In a second step, the team carried out the same process in a bioreactor. There, they were able to balance the pH value, which otherwise shifts due to the acid that is produced and eventually inhibits the microorganism. They were also able to continuously feed sugar to keep the production process going. "Only two years of development work with the marine bacterium have resulted in comparable performance characteristics to other systems after 15 to 20 years," Thoma sums up. This makes the marine bacterium a new potent player in industrial biotechnology, he says.

There are still a few challenges to be overcome before commercial use. For example, the experts want to further optimize the process control: In practice, the bacterium should not feed on valuable sugar. Instead, the team is focusing on carbohydrates from renewable raw materials and waste streams that do not compete with the food industry. 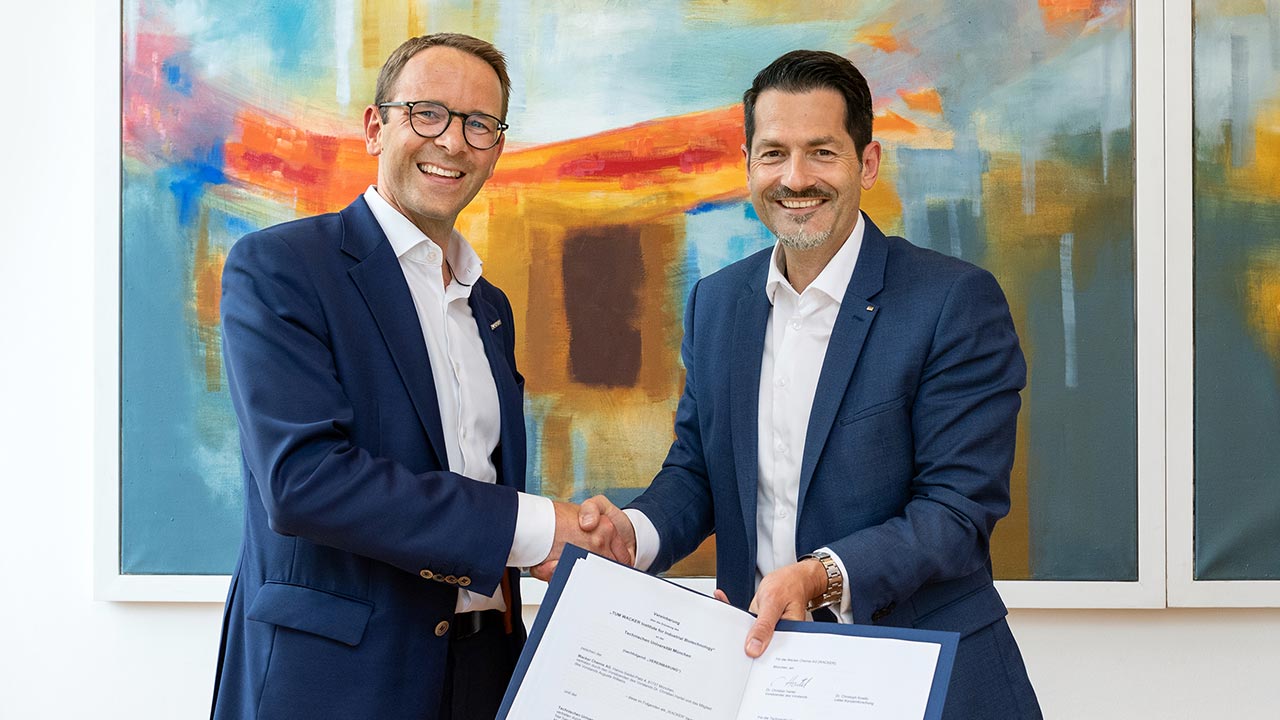