Addressing the global trade-offs of bioenergy

Addressing the global trade-offs of bioenergy

In the BIOSDG joint project, a research team is investigating what contribution the bioeconomic transition can make to achieving the global sustainability goals.

Source
bioökonomie.de/Icons via 17ziele.de
Many global sustainability goals are relevant to the bioeconomy.

The focus of the bioeconomic transformation is primarily on biogenic raw and residual materials to replace fossil and environmentally harmful raw materials such as petroleum in products, processes, services and energy generation. However, it is the increasing use of biomass that could lead to conflicts, as once demonstrated by the "food or fuel" debate when biofuel was introduced. "We want to become independent of fossil raw materials in order to reduce CO2 emissions and achieve climate targets. But you also have to evaluate what kind of feedback effects we can expect. Only when you know what is happening can you also take measures to avoid or resolve such conflicting goals," says Tobias Heimann of the Kiel Institute for the World Economy (IfW Kiel).

Heimann has been coordinating the BIOSDG joint project since April 2020. In this project, researchers are investigating what concrete contribution the transformation to a bioeconomy can make to achieving the UN Sustainable Development Goals (SDGs) and what conflicts may arise between the goals of the bioeconomy and the individual SDGs. The project, which will run over three years, is funded by the German Federal Ministry of Education and Research with a total of 955,836.00 euros. The Department of Geography at Ludwig Maximilian University in Munich and the Thünen Institute of Forestry in Hamburg are also involved.

"We focus on bioenergy, but also on the material use of biomass, and will evaluate which impacts of the bioeconomy on the SDGs we can quantify," says Heimann. In terms of material use, the researchers want to target wood as a raw material in particular. However, the focus in the project is on BECCS (Bioenergy with Carbon Capture and Storage). The production of bioenergy with subsequent carbon storage aims to ensure that the climate gas CO2 emitted during the production of bioenergy is captured and stored, resulting in so-called negative emissions. These negative emissions play a crucial role in the scenarios of the Intergovernmental Panel on Climate Change (IPCC) and are therefore crucial for the work of the research group. "Eighty-five percent of the scenarios studied by the Intergovernmental Panel on Climate Change for achieving the two-degree target assume that such negative emission technologies would have to be used," Heimann explains. "But far too little is known about the feedback effects that could exist if BECCS is incorporated."

Focus on energy generation with BECCS

Energy generation with BECCS uses biomass - such as wood or crops like corn. So what happens if BECCS is used on a larger scale in the future? After all, several of the IPCC's 2014 scenarios expect a global primary energy share from BECCS of 20% in 2100. "If you follow the National Academies of Sciences in the U.S., 20% primary energy share for bioenergy, calculated for the year 2010, would mean producing about 100 exajoules of energy per year (EJ/yr) from biomass, and that would require about 5% of today's arable land," Heimann explains. However, global energy demand is already expected to increase significantly by 2100 due to the growing world population. "However, land is a very scarce commodity anyway and should be available not only for BECCS but also for other products of the bioeconomy, such as material use or food production. We also need land for housing and for preserving biodiversity," says Heimann.

At first glance, the conflicts associated with BECCS seem obvious. The project aims to find out whether this is indeed the case and what national and global effects would result. "We focus on what role the increasingly scarce resource of land plays in this conflict of goals. In particular, we are looking at what synergies and trade-offs there are between the bioeconomy and climate policy, and what feedback effects these have on land use, food security and biodiversity."

To identify the trade-offs associated with BECCS, the researchers intend to couple different economic and biophysical models and also model different future scenarios. More specifically, the models used are the global general equilibrium model DART-BIO from IfW Kiel, the plant growth model PROMET from LMU and the global forest market model GFPM from the Thünen Institute.

"The DART-BIO general equilibrium model, with its global horizon, allows you to track global economic impacts," Heimann said. Here, based on a global database, it is possible to observe how policy measures affect an economy. In the previous project, BIONEX, it was shown, for example, that more rapeseed would be used for biodiesel production in Europe if biodiesel from palm oil could no longer be used in the EU, as stipulated in the current EU Renewable Energy Directive (RED II). "With the equilibrium model, we can analyze these feedback effects. While significantly more rapeseed is grown in Europe in this case, Indonesia and Malaysia export more palm oil to other regions, and palm fruit cultivation is only slightly reduced. Goods are redistributed via global trade," Heimann explains.

With the biophysical plant growth model PROMET, on the other hand, the Munich colleagues can understand how yields develop under different climate scenarios and where the cultivation of which crop brings which yields. A newly developed method is used that makes it possible to record the agricultural suitability of areas globally more precisely than before. For example, the calculation of greenhouse gas emissions from agriculture takes into account not only emissions that occur during the cultivation of land. Emissions from land use changes - such as the conversion of grassland to cropland - also play a role. The GFPM model from the Thünen Institute is a partial equilibrium model for the forestry sector and can model forest supply and demand.

As a first step, the researchers had to bring the database of the models up to date. "In order to map BECCS via DART-BIO, we first had to generate information. We obtained this in the form of a global online expert survey. Here, the focus was both on potential technological developments and on what the experts expect from policymakers on the subject of BECCS," Heimann reports. "It turned out that, in addition to forests, short-rotation plantations, which have so far only been scarcely used, are also expected suppliers of wood raw materials for BECCS. Now we are looking at how we can incorporate this information into our model."

The concrete effects of the application of BECCS on global markets and land use, as well as the influence it will have on SDGs, will only become visible when the three models are coupled. These results will then, in turn, become the basis for an SDG tool that will also be developed as part of the project. "I hope that in the end we will be able to say to what extent BECCS is actually a sustainable technology that can be relied upon in climate policy, and what negative emission potentials can be realized under what circumstances."

Further information
Bioeconomy and the UN Sustainable Development Goals
Interview: "There is no easy solution to sustainably improving food systems" 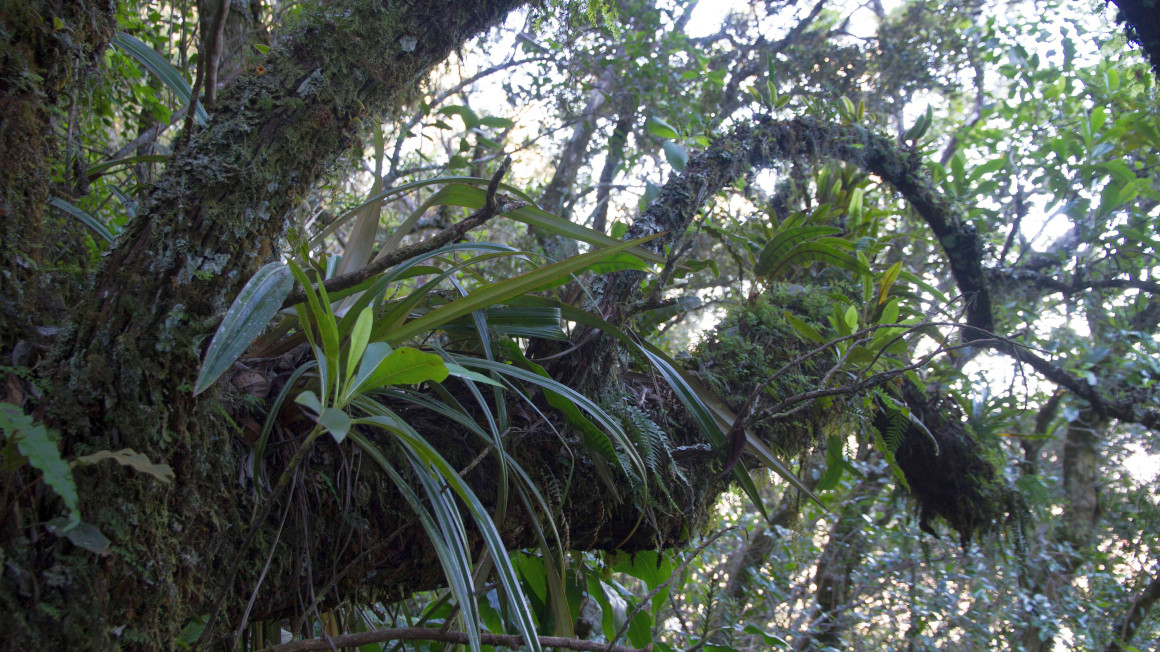 Global plant diversity at a glance