The gentle purification of valuable proteins

The gentle purification of valuable proteins

Membrane adsorbers can assist in the gentle and loss-free purification of proteins. Now, biotechnologists have optimised the technology in order to obtain cytokines for use in biomedicine.

Protein purification is a complex but necessary part of biotechnological production processes. In recent years, a separation method known as membrane adsorber technology, which promises both a high degree of purity and maximal protein yield, has emerged as a potential alternative to previous approaches. The principle is based on a membrane made of an organic polymer such as cellulose or polyethylene, which contains chemical substances that interact with the produced proteins, causing them to be filtered out of the culture medium. In contrast to other methods of purification, this functionalised polymer membrane can be used with almost all kinds of liquid nutrient media and aqueous solutions. Moreover, it is particularly well suited for filtering out proteins that are present only in low concentrations and which require extremely gentle purification methods with minimal loss.

This rare class of proteins includes the cytokines. Among other roles, these proteins function as growth factors that provide signals to cells regarding their direction of development or the task that the cells should fulfill in the immune system. However, cytokines are only present in small amounts in the body. For cell cultivation, they are thus predominantly manufactured using biotechnological approaches involving microorganisms or animal cells.

Setting the sights on recombinant cytokines

In recent years, a consortium headed by cell technology specialist Miltenyi Biotec has succeeded in optimising the membrane adsorber technology in such a way that the isolation and purification of the precious cytokines is far more gentle. The focus thereby was on the protein class of structure-providing cystine-knot proteins, which are important for the pharmaceutical industry and companies in the field of cell therapy. “The production of cystine-knot proteins is very costly, while the conditioning process must be extremely delicate. This is a consequence of their folding behaviour. It is comparable to highly intricate origami,” explains Christian Egler-Wedeking from Miltenyi Biotec.

Against this backdrop, a research network was established with the aim of optimising the process steps towards purified cystine-knot proteins, thus making the production of these valuable growth factors more quick and cost-effective. The project was funded by the German Federal Ministry of Education and Research (BMBF) with around €400,000 over a period of three years within the framework of the ‘Biocatalysis 2021’ funding initiative. The partners included biotechnologists from the Gottfried Wilhelm Leibniz University Hannover, the University of Hamburg-Harburg, and Sartorius Stedim Biotech GmbH.

As a production organism for their protein molecules, the researchers opted for the microbe Escherichia coli. As the project progressed, mastering the complicated folding of the cystine knot proteins proved to be the biggest challenge. “An inadequately folded protein will interact differently with the membrane adsorber surface than a protein that is properly folded,” says Egler-Wedeking.

The membrane adsorbers used in the project came from the portfolio of the company Sartorius, while purification testing encompassed five different potential membranes. A unique feature of all of these membranes was their ‘salt tolerance’ – a specific weakness in the previously used membrane adsorbers. “To remove the salts from the culture medium, you have to subject it to either dialysis or sufficient dilution. This is a complicated process. Most of the time, it results in the loss of a portion of the proteins,” says Egler-Wedeking. The salt-tolerant membrane adsorbers, on the other hand, can be introduced directly into saline solutions without the laborious stages of dialysis or dilution. The result was not only a significant speeding-up of the purification process but also the elimination of the niggling phenomenon of blockages caused by clumping, as can occur during protein purification using chromatography columns.

In order to obtain the maximum yield of purified cytokines, the researchers set their sights on every individual process step, from the crude protein all the way to the pre-purified protein. “We tried to optimise the process around the membrane so that it would fit like a glove,” says Egler-Wedeking.

Thereby, the binding behaviour of the proteins to the membrane was crucial for a positive outcome. Here, among other parameters, the researchers worked hard to optimise the pH value of the protein solution, namely the so-called ‘mobile phase’. However, the decisive factor for the purification process was the initial coating of the membrane, the so-called stationary phase. “It really depends on the chemical groups that are used to functionalise the surface: If the protein is happy to interact, it will move forwards more slowly. Otherwise, it will stay in the mobile phase for a longer time and will move more quickly through the chromatography column and the membrane adsorber,” explains Egler-Wedeking.

One important result to emerge from the research network is the ability to exploit the membrane coating and the binding behaviour of the proteins, and thus their running behaviour through the column, to specifically steer the process towards efficient protein purification. At Miltenyi Biotec, the novel membrane adsorber is already being used for the purification of proteins. Egler-Wedeking is convinced of the potential of the new technology. “It significantly reduces the costs of protein production, which has clear advantages for transferring the processes to a technical scale.” The method has potential also outside the field of protein production, for example the process steps involved in water treatment, which could likewise be significantly improved through the use of the novel method of purification. 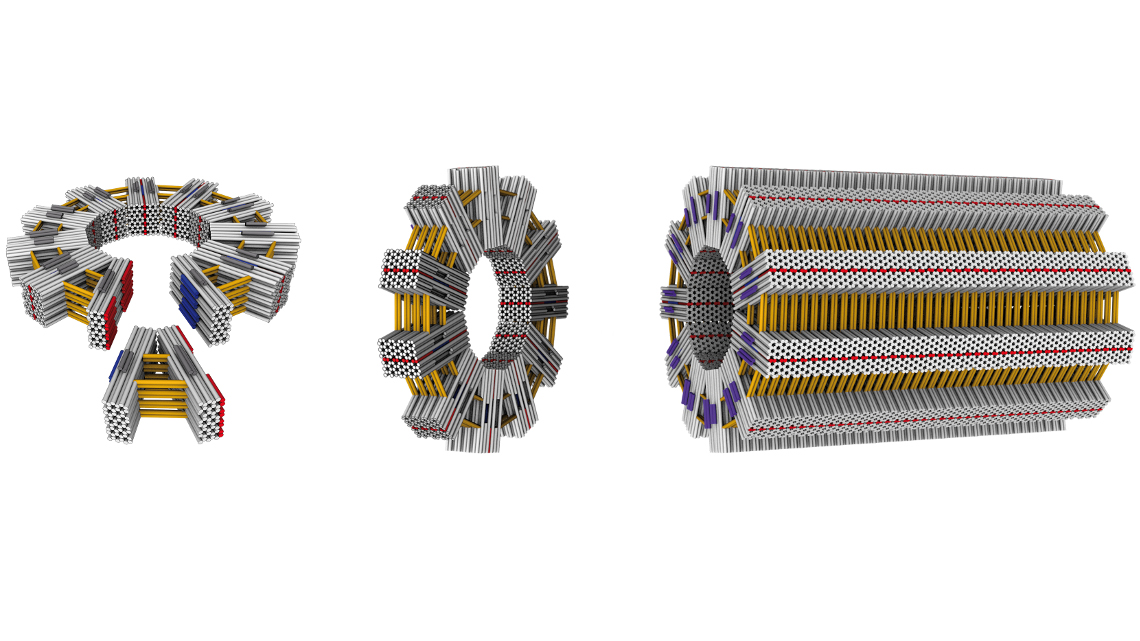