The polyethylene films commonly used in agriculture pollute the environment with microplastics. Biodegradable alternatives are therefore being searched for.

Source
Günther Schneider/Pixabay; CC0
Films used in agriculture often lead to microplastics in the soil if they are not readily biodegradable.

From its invention around 2,000 years ago in China to today's high-tech material, paper production has come a long way. There are now around 3,000 types of paper - and yet there is no suitable solution for all needs. This is the case, for example, when it comes to replacing mineral oil-based plastics. The "New Hybrid Paper" (NewHyPe) research project has set itself the goal of finding such a solution for two applications at once.

"Mulch film is used in agriculture to regulate heat and water," says Klaus Rose of the Fraunhofer Institute for Silicate Research (ISC). "But polyethylene film decomposes slowly to not at all, contributing microplastics to the soil and groundwater." While a biodegradable alternative made from polylactic acid is now available, it is too expensive for single-use applications, except for some special applications. As part of the "Bioeconomy in the North" program, which focuses on Scandinavian forests as a source of raw materials, the "NyHyPe" team quickly thought of cellulose - and thus paper - when looking for alternatives.

"Paper decomposes quickly," explains Rose, "but too quickly for this purpose." The material should last around three months, but then it should decompose completely. It also shouldn't crack from wetness, as paper normally does, and shouldn't weather from UV radiation. Therefore, the idea is to coat the paper so that it can serve as a mulch layer just long enough. Of course, the coating itself must be easily biodegradable after a given period of time.

Ormocers as a functional alternative

Ormocers, which were invented at the ISC around 1998, could provide the solution. "Ormocers consist of an organic component that decomposes to CO2 and water, and an inorganic component of silicates," Rose describes. Silicates make up much of the earth's crust. The paper and coating would therefore be completely biodegradable without creating microplastics. The silicate component contributes a large part of the stability of the hybrid paper. Too much, however, would make the material brittle and fragile. The right organic building blocks maintain the necessary flexibility and make the coating hydrophobic, i.e. water-repellent.

Which organic groups are appropriate for this purpose is sufficiently well known from polymer chemistry. Nevertheless, the research team has spent the most part of the first year testing candidates and, above all, candidate mixtures. "We've tried ten to twelve types of coatings," Rose reports, about half of which are particularly promising and will be investigated further. "Hydrophobicity is already very good, wet tear strength is significantly improved, and decomposition is somewhat slowed - but not enough yet." Non-chemical parameters are then the thickness of the coating and the decision whether it is applied from one or both sides. Moreover, it is still unclear whether the water will be absorbed by the hybrid paper or merely wet it.

The project contributors and their tasks

Optimization of the process steps

Binding paper and ormoceres is also challenging. "The layers have to be crosslinked and dried," explains the ISC researcher. Whether the polymerization step is better done thermally or by UV radiation still needs to be figured out. Furthermore, the curing must not take too long: "The paper runs on huge rolls - this is high-speed processing that must not be slowed down by the coating."

The research partners in Finland and Norway are using the candidates developed by the ISC to coat different papers and evaluate their properties. Whether the whole thing is ultimately suitable for large-scale application is being tested by the German industrial partner SurA Chemicals, which, in addition to upscaling, is also keeping an eye on whether the process can ultimately be economically viable.

Composite material made from nanocellulose and ormoceres

"We are also pursuing another idea," says Rose: "A completely new paper." Instead of ordinary cellulose, this would involve shredding the fiber material into nanocellulose, which would automatically create greater strength. The ormocers would be used as a net-like matrix into which the nanocellulose would be incorporated. Stability and flexibility could then be influenced by the density of the mesh. As a hybrid mulch paper, this composite would manage without a coating.

While the main focus is on finding an alternative to mulch films, those involved in the project see a second application for which their approach would be suitable: nanocellulose-based hybrid paper as a packaging material. This, too, would need to be tear-resistant, pliable and waterproof, and would replace the often mineral oil-based plastic films with a sustainable and compostable alternative.

"NewHyPe" runs until January 31, 2023, and is funded by the German Federal Ministry of Education and Research with 697,000 euros. 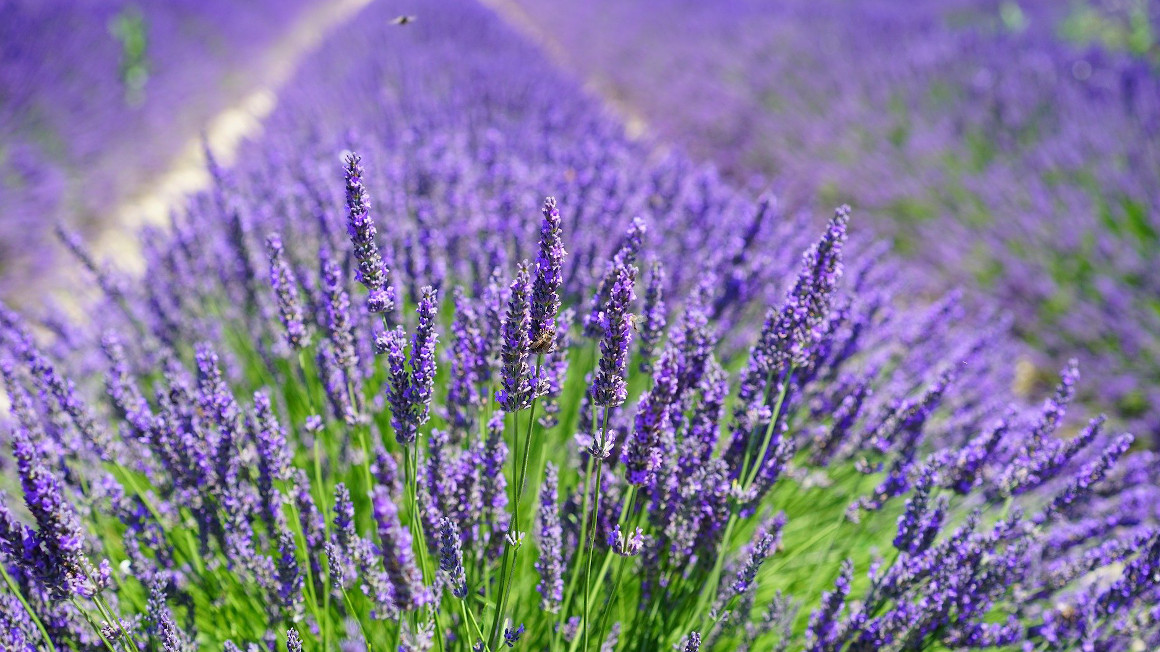 Lavender as a raw material for the bioeconomy