We all make use of the groundwater, yet only few of us notice it as an ecosystem. Munich biologist Christian Griebler is working to change this perception.

We drink from it, water the fields with it, or use it as a coolant or solvent: groundwater. This vast reservoir of water under our feet is essential for human and animal life, but for the majority of the time we take it entirely for granted. For groundwater ecologist Christian Griebler, this invisible water is far more than just a commodity. “The groundwater is so clean only because of the biology that it contains, which ultimately has a purifying function. This substrate is bursting with microorganisms and crustaceans, worms and mites, all of which are busily converting carbon and nutrients.” Like the soil, forests, lakes or the sea, the groundwater is thus an ecosystem that encompasses a broad range of symbiotic communities. These also provide valuable services for other ecosystems – and for us humans.

Raising awareness for the groundwater ecosystem

As the acting director of the Institute for Groundwater Ecology at the Helmholtz Center Munich, the native of Austria is hoping to bring greater visibility to this subterranean ocean. His goal: to increase general awareness of an ecosystem that, aside from well-cared-for surface waters, still leads a life in the shadows.

Christian Griebler’s interest in biology was awakened at an early age. Born and raised in Pfarrkirchen near Bad Hall in Upper Austria, it was the topic of insects that first gave shape to his passion. While his later studies in biology were a straightforward decision, they nevertheless had to compete with an interest in painting. “Science, biology or research have a great deal to do with creativity. I tried my hand at painting with the full knowledge that the chances of success were low. When that didn’t pan out, I simply continued with biology,” says the 47-year-old.

Enthusiasm for an “exotic topic”

During his studies at the University of Vienna from 1988 to 1996, a series of excursions into the Danube Delta were a source of particular inspiration for the would-be entomologist. These field trips represented the first sharpening of his understanding of the importance of different ecosystems. It may have been fate that, while searching for a diploma subject, the hymenopteran insects suddenly fell out of favour. At the Institute of Limnology of the Austrian Academy of Sciences in Mondsee, Griebler encountered a professor who recommended a rather more ‘exotic’ subject for the young biologist. "I had already been studying biology for four years, and until that time had hardly heard of groundwater ecology. The realisation that 95 percent of the fresh water that is globally available is groundwater was a key formative experience for me.”

This ‘aha’ effect, as Griebler describes it, was a trigger for the budding biologist, and in 1993 he switched subjects from one day to the next, stepping into a niche that until that time was far from the public consciousness. “I was fascinated by the realisation that there is a biosphere out there that is barely perceived as such. A great deal of research was being done on the water that we can actually see, and that’s also genuinely important. But back then, there was really very little attention being given to these oceans under our feet.”

Exploring microbial life in the groundwater

In comparison to the great ecosystems of the soils or seas, this biosphere under our feet has some catching up to do regarding popularity. Thanks to Griebler’s research work, groundwater ecology is no longer a marginal topic as it was during Griebler’s student days, when it barely appeared in the textbooks on limnology. Griebler would eventually devote himself to the microbial life in groundwater during his doctoral thesis at the Institute in Mondsee, which he completed in 1998. How these tiny creatures, which live at a depth of one thousand meters, actually source their energy is just one of the topics that still motivate groundwater ecologists today.

In 2004, after three years of postdoctoral studies at the Center for Applied Geosciences at the University of Tübingen, where he was occupied with the microbial degradation of oil compounds in groundwater, Griebler became the head of an independent working group for ‘Microbial Ecology’ and later, in 2014, the head of the Institute of Groundwater Ecology at the Helmholtz Centre Munich. Here, together with his colleagues, he developed sustainable concepts for monitoring, protecting and managing these invisible reservoirs of water. For four years, the father of four commuted between Munich and Vienna, where his family is currently based.

Groundwater as the main source of drinking water

Clean and hygienic drinking water is taken for granted in Germany. However, those doing the drinking are probably unaware that 70% of the water consumed daily comes from the groundwater. Thus, the underground water reservoir is Germany’s most important source of drinking water. Against this backdrop, Griebler is working hard to ensure that this invisible ecosystem receives more attention. This is not least because, as a part of the Earth’s ecosystem, the precious commodity is now endangered by contamination, much like the soils or oceans, emphasises Griebler. “Today, there is no groundwater that is entirely without contamination. Pollutants are present in every waterbody, and individual substances often appear in drinking water.” According to Griebler, pesticides, pharmaceuticals or antibiotics are already found in the near-surface groundwater layers, with nitrate representing our number one groundwater issue for some decades.

“Everything that makes it onto the top layer will work its way downwards sooner or later, namely into the groundwater. The only question is how quickly and to what extent,” emphasises the researcher. The IGOE is thus investigating the resilience of the underground ecosystem, as well as how and to what extent microorganisms can convert pollutants, and whether and how the addition of nutrients can stimulate the self-purification process in heavily polluted locations. “There are many heavily contaminated groundwaters. In such cases, it is possible to targetedly stimulate the local microorganisms by providing them with oxygen or specific nutrients such as nitrogen, sulphur or vitamins, which boosts the process of self-purification,” explains Griebler.

In addition, the IGOE is also conducting research into strategies to prevent yet more pollutants from entering the groundwater, as well as the effects of changing land and water use conditions on underground reservoirs. Here, among other activities, Griebler is investigating the effects of the trend towards the use of low-depth terrestrial heat by geothermal heat pumps for air conditioning in buildings and cooling processes in industry. “The groundwater has the same temperature all year round. With the introduction or withdrawal of heat, a seasonality is suddenly introduced into the system. It is always necessary to look at and understand the impact of new technological developments on ecosystems. Unfortunately, the understanding of the ecological consequences always lags behind the application of the technology.”

An awareness of the topic of groundwater in the areas of industry and policy is therefore a major concern for the biologist. “We have to realise that groundwater has a very long retention period in the ground. If we have a problem in one location, it will be present for a long time and will not be so easy to eliminate.” To underline this, Griebler uses the example of the herbicide atrazine. The plant protection agent has been banned in Germany for 25 years and in Austria for 20. Although it is no longer used, traces are still measurable in the groundwater, as recent research has shown.

The example clearly shows: the groundwater ecosystem is still coping with the mistakes of the past, even when the pollutants have long since disappeared from the soil and are therefore essentially invisible. Christian Griebler is well aware of the hurdles posed by this “lethargic system” and with words, deeds, and patience is attempting to counteract current and potential future damage. His mission is clear: “It’s about equal rights for groundwater ecosystems, even before the law. Ultimately, we should consider groundwater as a biosphere and not just a commodity, and provide the groundwater ecosystem with the same protection and monitoring as the surface water.” 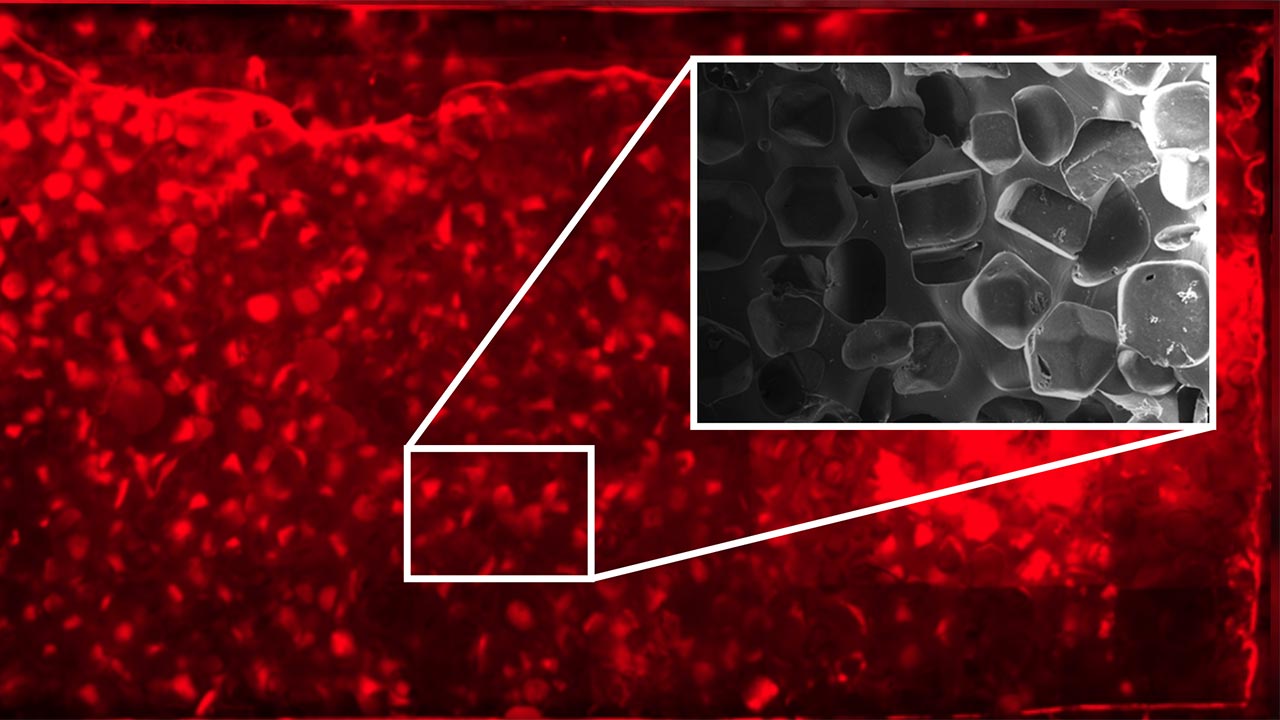 Cultivate bacteria in their habitat