With the “Phenobot” researchers have developed a measuring robot that can help vine-growers with their work.

Cultivating a new vine variety is a laborious undertaking. Even in the earliest stages, excessive heat, cold or fungal infestations can affect the plant. Usually the damage is noticeable only when it is already too late. Wine-makers have to invest a great deal of time in collecting data on characteristics such as colour, size and other phenotypic features of grapes. However, in the future they could save themselves that effort — thanks to the PHENObot. This phenotyping field robot was developed in the joint PHENOvines project by the Julius Kühn Institute (JKI) in Geilweilerhof (Rhineland-Palatinate, Germany), the University of Geisenheim, and industry partners. For this work they were supported by the German Federal Ministry of Education and Research (BMBF) with around €167,000.

A vine's worst enemies, apart from hot and cold weather, are downy and powdery mildew. Each year vine-growers from the Elbe to the Lake of Constance can be found obsessing over the fruits of their often decade-long work. They dream of vine varieties resistant to both the climate and disease. JKI-researchers at the Institute for Grapevine Breeding in Siebeldingen are currently growing new vine varieties capable of remaining unaffected by their natural enemies even without the use of pesticides. However, the breeding itself is also a time-consuming and elaborate business. It might take up to 20 or 25 years before vine-makers can grow a new vine variety commercially. Fungal attacks and bad weather can put the research back years. The problem: Once the damage is visible to the naked eye, it is often already too late.

A helping hand for vine-growers

A smart robot could help solve that problem: At the PHENOvines research project, a cross-disciplinary team led by Reinhard Töpfer has spent the last few years developing the Phenobot field robot. This machine is intended to render the work of vine-growers considerably easier and more efficient. "Our mission was to create an autonomous platform that could use defined co-ordinates to take photos at specific locations in the vineyard and save them in a database so that they can be used by analytical routines," explains Töpfer.

The robot’s prototype, a cart equipped with sensors and a camera, was developed as part of the CROP.SENSe Plant 2030 project in co-operation with the University of Bonn. Within the follow-up BMBF-funded project PHENOovines, the device was developed gradually into a GPS-controlled mobile system in co-operation with the University of Geisenhei,. The JKI-researchers were responsible for developing the multiple-camera system. The scientists were supported by industrial partners Heinrich Mayer GmbH & Co. KG, Reichhardt GmbH, and the Winzergenossenschaft Deutsches Weintor e.V by sharing their practical experience.

From one vine to the next with GPS

The Phenobot is a state-of-the-art caterpillar vehicle. It uses a so-called job list of GPS co-ordinates to move independently from the first to the very last vine in the vineyard. "We measured each vine’s location to an accuracy of 2 cm using high-precision GPS," says Töpfer.

A tracked vehicle traditionally used to harvest apples serves as Phenobot's mobile chassis. Modern sensors and a multi-camera system were installed on the device, of which five simultaneously take photos of the vines. The images are first stored in Phenobot's own memory, then transferred to a database, and finally evaluated using specialist software. "Algorithms analyse the standardised photos to monitor the colour or size of a berry as well as other vital data to determine a vine's yield."

However, researchers found it hard to take standardised photos during daylight hours. But Reinhard Töpfer's team managed to meet that challenge, too. "Instead of waiting for the specific light conditions required during the daytime, we only sent Phenobot out on its trips at night. That way the data of the flash-bulb photos is comparable."

Until now collecting plant data – the so-called rating – has been a very time-consuming, error-prone and often exhausting task. Vine-growers visually inspect each vine in the vineyard, noting specific parameters for later evaluation. The data obtained during harvest are often incomplete owing to staff shortages during maturing time. The researchers plan is that Phenobot could fill that gap in the medium term. "Technology can replace staff or release them for specific tasks while the robot does the routine jobs," explains Töpfer.

Phenobot passed its field trials in the breeding nursery of the Julius Kühn Institute, taking photos of 1,000 different varieties and cultures within only nine hours:  20 times faster than the breeders during the rating with the traditional method. "This will make wine-growing much more efficient. Now wine-breeders can fine-tune their vine selection much more precisely, as they have access to far more data. Processing more parameters means that plants are rated more objectively."

Interest in Phenobot among vine-growers

Reinhard Töpfer is absolutely certain:  Phenobot will soon become an indispensable tool for the rating of vines. The next step for the scientists is to enable the phenotyping specialist to collect even more yield data and learn to recognise pathogens such as downy mildew. In the medium term, they are even planning for the robot to help grow vines. "Wine-makers are very interested in assessing upcoming yields. Sensors can help achieve that," explains Töpfer. For the time being, however, Phenobot will only be used in trials at the institute's breeding nursery. "The robot can't yet deal with vines obscured by other vines, so at the moment we can't count how many grapes there are on a vine." But the vine experts are already working on ideas to handle the challenge. 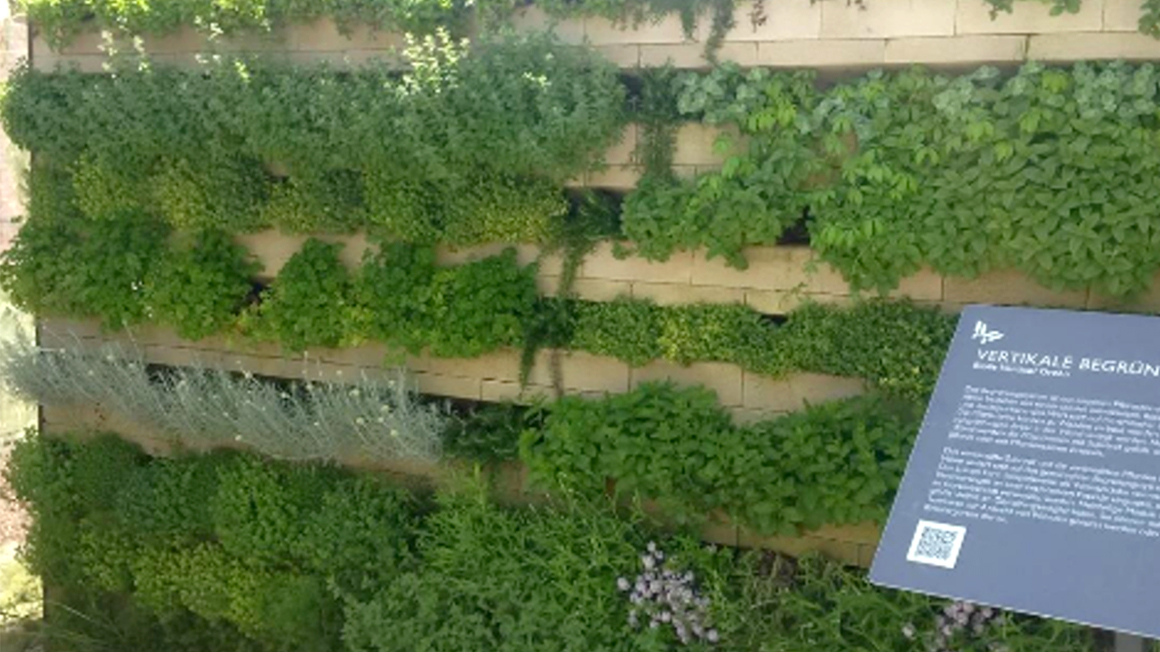