Director of the Max Planck Institute for Marine Microbiology in Bremen

Director of the Max Planck Institute for Marine Microbiology in Bremen

Even as a child, Nicole Dubilier was fascinated by the sea. Today, she counts&nbsp;among the world's leading microbiologists.

Even as a child, Nicole Dubilier was fascinated by the sea. Today, the award-winning researcher lets out a hearty laugh at the thought that a worm was responsible for bringing about an abrupt change in her academic career. Her discovery of the symbiotic three-way relationship between a marine worm and two kinds of bacteria was published in 2001 in Nature, and brought fame to the Hamburg-born scientist. Today, on top of a position as director of the Max Planck Institute for Marine Microbiology in Bremen, she counts among the world's leading microbiologists. In 2014, Dubilier was awarded the prestigious Leibniz Prize for her research into symbiosis.

Nicole Dubilier is a researcher with body and soul. As often as time permits, the microbiologist exchanges the comfort and routine of office life for the constraints of life on the high seas. Driven by a curiosity to explore the symbiotic lives of worms or mussels, the native of Hamburg leaves her husband and son behind for up to a week at a time – an aspect of her work that she admits is a sacrifice for her family. Even the annoyance of seasickness is no deterrent. “Seeing my research objects in their natural habitats holds a special appeal for me. If I can touch and smell them, I immediately reach another level of creativity,” she says.  In March, the resident of Hamburg  (with an American passport) was awarded the prestigious Gottfried Wilhelm Leibniz Prize from the German Research Foundation (DFG) for her success in symbiosis research. The prize money of €2.5 million gives Dubilier the freedom to fund further research trips.

Dubilier never dreamed of a career as a scientist. Originally, she wanted to be a classical dancer. After moving from New York to Wiesbaden in the 1970s, the daughter of an American father and a German mother took ballet lessons and even passed the entrance exam at the Stuttgart Academy. However, dropping out of school to become a prima ballerina was never an option for the then 15-year-old. Dubilier found joy in learning, and in reflection on her surroundings. Back then, this was not biology or chemistry, but in politics and the humanities. However, the young dancer could not take an interest in the predominant talking points of the time. “It was a time of spiritual awakening,” recalls Dubilier today. Her mother recognised early on that her daughter’s talents lay in a different field. “She said: if you had in your feet what you have in your mind, then you'd be a top-notch ballerina.” And with this, the course was set. Nevertheless, she remained unclear as to precisely which direction to take. Even as a child, she loved the sea. Born and raised in New York, the family spent two months of every summer on an island near the coast of Long Island. “I loved to eat mussels. That was my only connection to marine animals! I found biology completely uninteresting,” admits the microbiologist with a laugh. However, an internship at the research station on the island of Helgoland would prove to be decisive for her future career.  “I was then that I realised – this is it.”

Working together as a team

In the 1980s, Dubilier studied biology at the University of Hamburg, eventually receiving her doctorate in marine zoology in 1992 under the supervision of Olav Giere. At the time, Giere was conducting research into gutless worms that he had found on the coast of Bermuda. The creatures, which live in a sulphide-rich sediment, exhibited a similar symbiosis to the annelid Olavius algarvensis later found by Dubilier near the island of Elba. Dubilier learned just how exciting research can be during her three-year postdoctoral studies under the tutorship of Colleen Cavanaugh at Harvard University. Cavanaugh, who was instrumental in the discovery of the symbiotic deep-sea tubeworms, awakened in her student a fascination for the non-descript sea creatures. “I was fascinated by the basic principle of symbiosis, namely two very different organisms working together and becoming stronger as a result,” says Dubilier.

The mouthless and skinless annelid Olavius algarvensis survives thanks to its bacterial endosymbionts, namely an organism that lives within the body or cells of another organism.

In 1988, after the birth of her son, Dubilier embarked on another postdoctoral station at the Max Planck Institute for Marine Microbiology in Bremen. There, she devoted herself with growing enthusiasm to the field of symbiosis research. In the process, the biologist succeeded in discovering the remarkable survival tricks of the marine worm Olavius algarvensis. In its habitat on the ocean floor, this creature lives in inhospitable locations that are particularly lacking in sulphides. These substances are nevertheless indispensable for the process of the metabolism. As Dubilier discovered, in the course of evolution the worm has developed an elegant solution to the shortcomings of its environment, namely to recruit specific bacteria as subtenants. Because there is little to no hydrogen sulphide in the sediment, O. algarvensis has incorporated a microbial source of hydrogen sulphide. This takes the form of a bacterium that produces sulphate from sulphide, and gains energy in the process. In turn, the sulphide-oxidizing bacteria utilise the hydrogen sulphide as an energy source. This creates a cycle in which the two types of bacteria exchange metabolites, and thereby provide an invaluable benefit to their host. “The moment when you feel: oh, that’s really something. It’s just awesome,” says Dubilier. Her findings were published in the prestigious journal Nature (2001, vol. 411, p. 298). A further paper followed in 2006.

Dubilier was coordinator of the International Max Planck Research School of Marine Microbiology up to 2006, followed by a six-year stint as head of the Symbiosis Working Group MPI-MM. Since September 2013, she has been director of the Symbiosis Department at the Bremen Research Institute. With the same passion with which she conducts her symbiosis research, she is also active in the promotion of young and upcoming scientists. Since 2012, she teaches at the University of Bremen, where she also heads the interdisciplinary Center for Marine Environmental Sciences MARUM, another symbiosis working group. In the meantime, the marine biologist has a team of 22 graduate students and post-docs under her wing. Alongside her research trips, Dubilier finds this kind of collaboration to be “insanely satisfying”. The excursions are “essential” – a fact that she also tries to convey to the young scientists. She has already undertaken more than a dozen such trips on research vessels.

Without symbiosis, nothing would function

In early July, she was off on yet another expedition to the deep sea, this time in the Gulf of Mexico on the research vessel Nautilus. From this base, she is looking for the first time for mussels not in hot but in cold springs. The purpose of the trip is to learn how methane finds its way into the mussels, and the assistance they receive in the process from the world of microbes. “We do not know how they incorporate hydrogen, the stage at which this occurs, or how they filter out the specific symbionts from the numerous types of bacteria,” says Dubilier. She is currently assuming that the mussels are “apparently very choosy in their selection of partners.”  Not unlike herself. The researcher is fortunate to have a man at her side that supports her work “100 percent”. She is convinced that “without symbioses, we and all other beings living on this earth would perish miserably.” 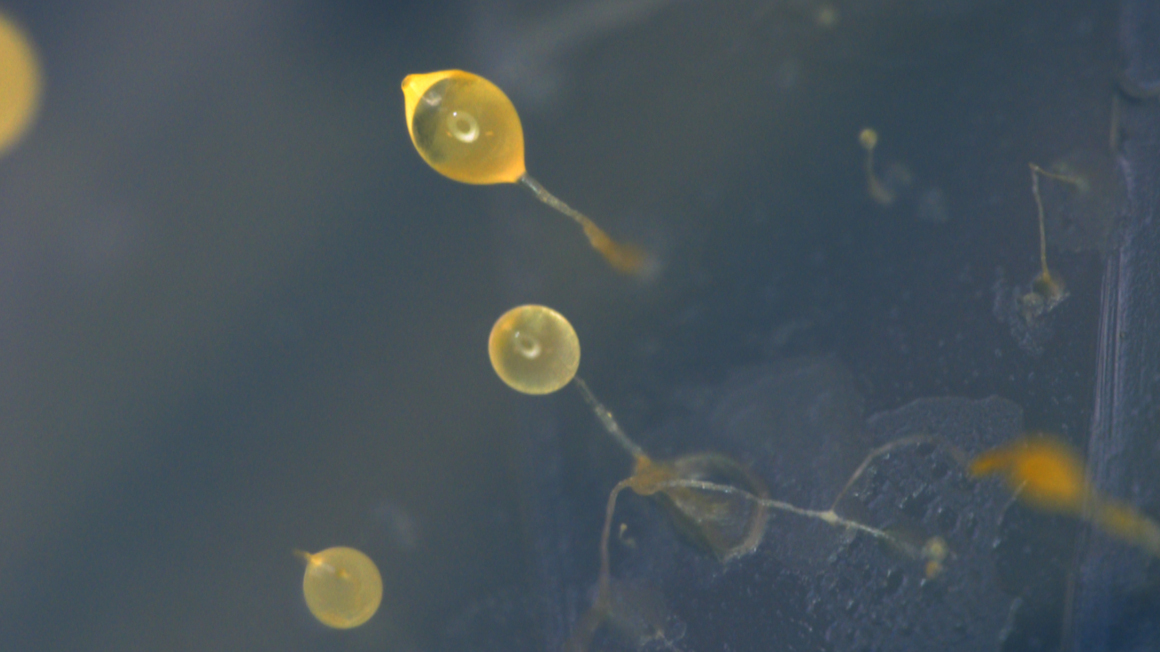