The BioFabNet focussed on developing communication strategies for 3D printing in order to generate public awareness for biobased materials and the possibilities of bioeconomy.

Even though only few households own a 3D printer thus far, research and development have been relying on the tool for quite some time now. Over the last few years the three dimensional processing technique has become a particular favourite for the applications of bio based materials. More and more sustainable materials are entering the market and expand the range for 3D printing. Whether it’s prostheses, children’s toys, car parts or sporting goods – todays potential applications for 3D printing are almost limitless and demonstrate just how popular the technique has become.

A new way to communicate bioeconomy

In August 2013, at the start of the project „BioFabNet – Biobased Fabrication Network“, the technology had not yet reached a huge market, but printers became commercially available and affordable for interested laymen. Back then only two materials for 3D printing were available: “That was either the biobased PLA or the oil based ABS”, remembers Ralf Kindervater, who is leading the project. He is the CEO of BIOPRO Baden-Württemberg – an organisation that supports and pushes the realisation of bioeconomy in Baden-Württemberg. The aim of the project BioFabNet was to develop new ways to communicate new advances regarding biobased materials in order to inform the public about the possibilities of bioeconomy. The federal ministry of research and education supported the project BioFabNet in the context of the funding initiative “BioIndustrie 2021” for two-and-a-half years with a total of €118,950.

3D printing as advertisement for bioeconomy

„The 3D printer and newly available materials for everyone to test were a great way to get people interested in bioeconomy. We wanted to demonstrate to the users of 3D printers that they may even be able to develop their own materials in the new future”, explains Kindervater. The CEO of BIOPRO clearly remembers that visitors at a trade fair seem to be interested but also reserved regarding novel biobased products such as the “green dowel” that his organisation developed together with several partners. “When it comes to self-made stuff we are somewhat alienated. But using the 3D printing we can once again connect with people, because it affords them their own creative possibilities.”

About 100 people were able to test the creative possibilities of 3D printing. The lucky few were selected from a young community of 3D users. This allowed professionals, semi-professionals, and laymen the chance to test the novel biobased materials with their own 3D printers. The new bioplastic was based on polylactic acid (PLA) and was designed specifically for this project.

Some 3D printers had difficulties producing these puzzle pieces.

The “Institut für Kunststofftechnik” at the University Stuttgart (IKT) was the project partner for this aspect: they developed the appropriate print filaments and were looking to find additives for PLA to make the material smooth enough for the printing process. Before the novel printing filaments were sent out to the testers, they were tested themselves by the Fraunhofer Institute for Manufacturing Engineering and Automation (IPA) for their general use and suitability for 3D printers. Subsequently, BIOPRO sent them to the participants, alongside an electrical construction manual for the test pieces that were specifically developed by the IPA. In addition to objects that were left completely up to the testers imagination, the participants were asked to print test pieces in the form of a spatula or puzzle pieces, and then sent them back to BIOPRO. “The colleagues at IPA developed a puzzle piece that showcased everything a 3D printer needs to be able to do. For instance, minute protrusions and indentations, letters, or writings”, says Kindervater. The development of appropriate novel print filaments, however, was not easy. “It requires quite some trial-and-error until the material exits the machine smoothly. Because the PLA-wire has to be precisely uniform down to a hundredth of a millimetre, otherwise the print result will be affected negatively”, explains Kindervater.

Print results for everyone to see

The project results were published on the BioFabNet- webpage. By way of a graphic design every tester was able to see how well the product of his printer did. “With this project we were able to show that it is possible and relatively easy to expand the number of biobased materials”, says Kindervater. Three different PLA-based print filaments with differing additives have been developed over the course of two-and-a-half years and have been adopted by the industry in the meantime. The successful migration to industry happened although the marketing of novel bioplastics was not the main goal of the project; rather, they were aiming to improve the communication of such innovations. According to Kindervater, however, the biggest challenge will be to face the community and address 3D printing and biobased materials.

The experiences of the testers regarding 3D printing with the distinct materials were also made public and shared on a Blog that focussed exclusively on this topic, as well as during several big events. “This was very well received. The people openly discussed it on a very professional and technical level”, emphasises Kindervater. Thus, BioFabNet was able to demonstrate: biobased innovations – if handled well – are well received. “Until now we often used the broad knowledge about climate change in order to convey the meaning of bioeconomy. With BioFabNet we set out to openly inform the public about a completely new topic within the context of biobased materials.” According to Kindervater, one has to feed public curiosity and interest by providing solutions for the people. “And at the end we may say: by the way – this was bioeconomy!” 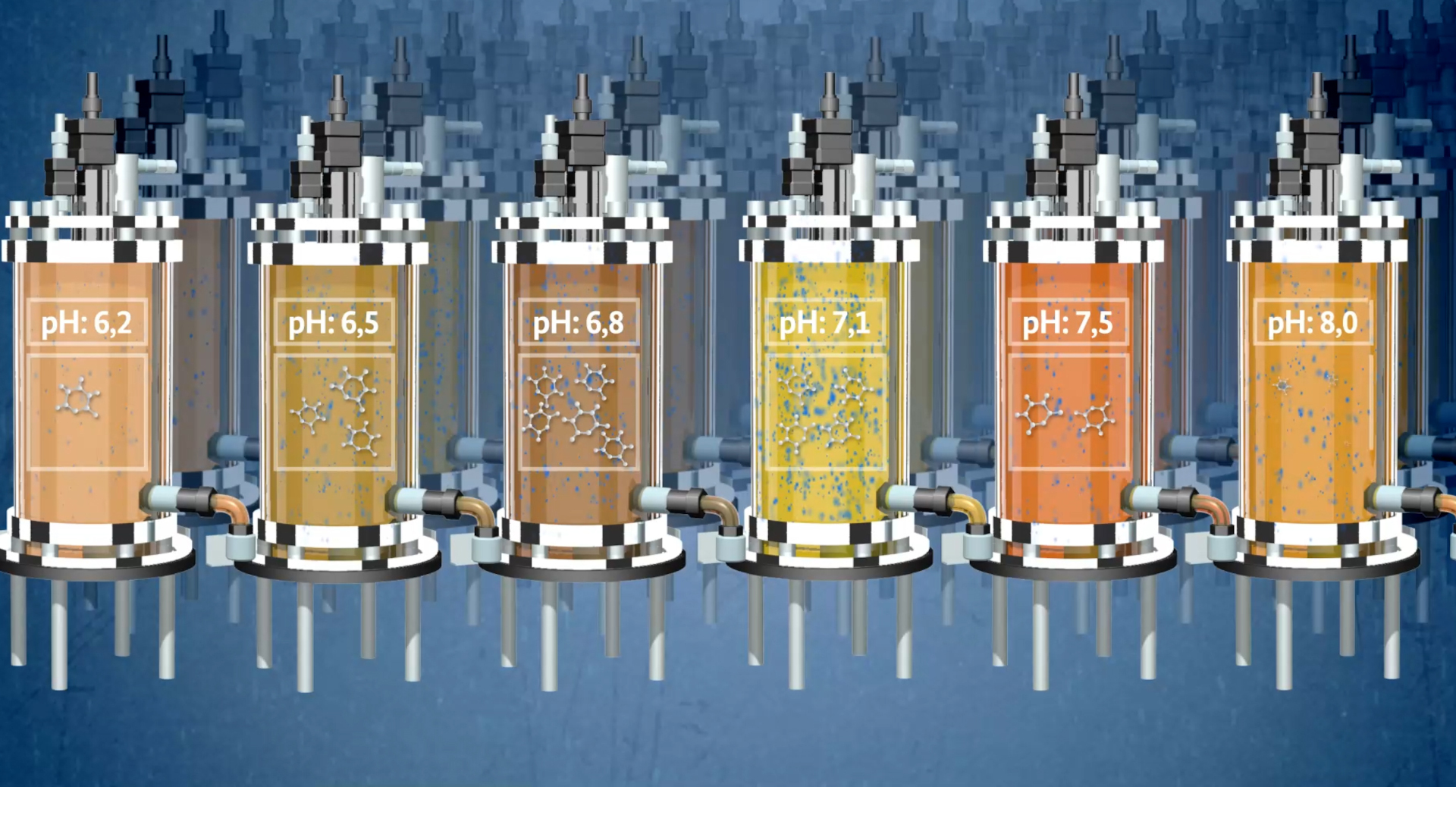 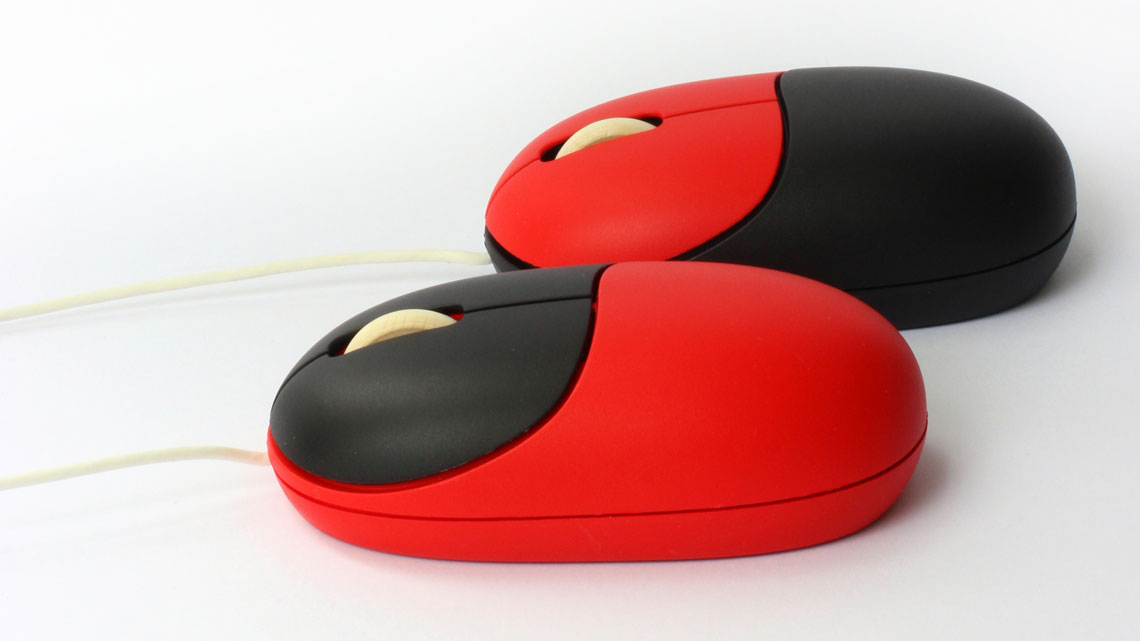 Computer mouse made of sugar cane