A research team is optimizing the cultivation of bacteria that secrete lime and can thus patch cracks in structures.

Source
Alexander Bayrhof
With the help of bacteria, this concrete has been consolidated and is ready for compressive strength testing.

There are 39,500 bridges along Germany's trunk roads. Of these, 87% are made of prestressed concrete or reinforced concrete. In 2019, the German Federal Ministry of Transport found that twelve percent of all road bridges were in "insufficient" or "inadequate" condition. Four of five major bridges inspected will most likely need to be redone. In the future, however, ongoing repairs could significantly extend the service life of bridges and other concrete structures. This could be made possible by microorganisms that secrete calcium carbonate (lime) and can thus be used to close cracks and pores in the concrete. This would prevent consequential damage.

One bacterium that possesses this ability is Sporosarcina pasteurii. So far, however, area-wide use of the microorganism as a concrete cure has failed because the single-celled organism cannot be scaled at economic conditions. A research team from Munich University of Applied Sciences, together with three industrial partners, has therefore launched the "MicrobialCrete" project, funded by the German Federal Ministry of Education and Research. The aim is to create a sustainable alternative to plastic-based maintenance for concrete structures. Mineral excretions of the bacteria would be environmentally friendly and based predominantly on renewable raw materials.

The biggest challenge for science at the moment is that there is simply too little known about how these lime secretions come about and under which cultivation conditions S. pasteurii reproduces most rapidly. After all, the bacteria must be able to cope with high pH values or even high chloride concentrations in concrete.

In a high-throughput process in automated microbioreactors, the Munich team is therefore testing numerous combinations of bacterial strains and nutrient medium compositions. The researchers led by Robert Huber have now presented their first major success in the scientific journal „Scientific Reports“: They have succeeded in developing a process that can produce five times the amount of bacteria compared to previous methods. The cost of the culture medium increased by only four percent.

In addition to concrete remediation, the microorganisms are also suitable for immobilizing pollutants such as heavy metals, controlling dust in open-cast mines or solidifying soils. These applications are also to be optimized in the course of the project. 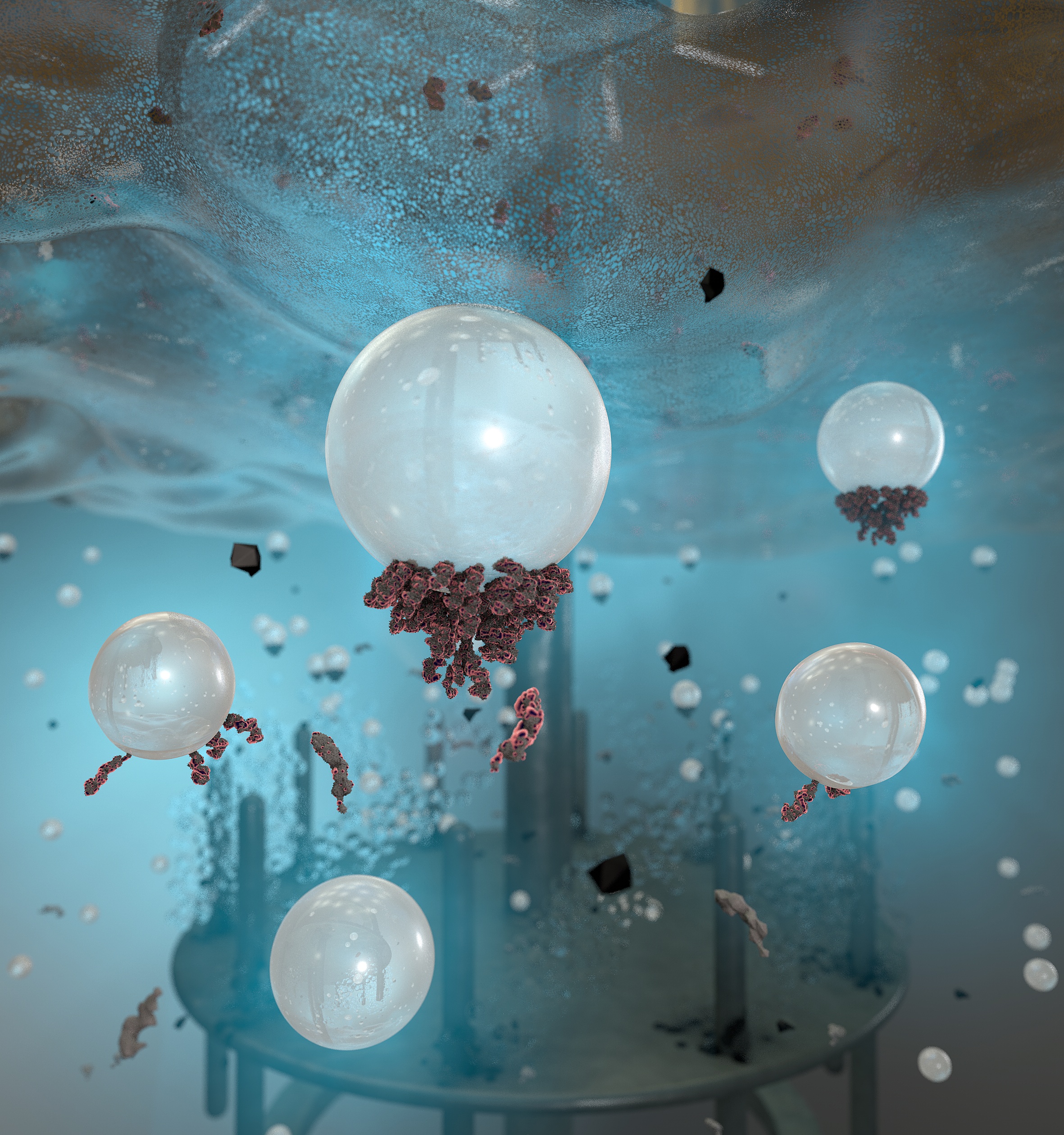