Fraunhofer researchers have developed a miniaturized plant to study the processes involved in the production of methanol from carbon dioxide and hydrogen.

Every year the chemical industry produces around 100 million tonnes of methanol. However, the production of this important basic chemical is based on fossil raw materials and causes high CO2 emissions. The exact opposite would be conceivable: Methanol can also be produced from green hydrogen and carbon dioxide. But process requirements for producing green methanol on an industrial scale have been little researched to date. The project "Power-to-Methanol - Grünes Methanol", funded by the Federal Ministry of Economics, wants to change this. An important milestone for this is a miniature plant for methanol synthesis, which is packed to the brim with measurement technology.

"Methanol synthesis within the framework of so-called Power-to-Liquid-processes offers the potential to bind CO2 from biomass, for example, and to recycle it," explains Achim Schaadt from the Fraunhofer Institute for Solar Energy Systems (ISE). However, the challenges are great: a high proportion of CO2 in the synthesis gas, which serves as a raw material, causes the catalysts to age more quickly and reduces the yield - the process loses its economic efficiency. In addition, green hydrogen is produced from renewable energies, so its availability could fluctuate, as could the existing CO2 concentration from biomass. "Such dynamics are simply not provided for in current processes," explains Florian Nestler from Fraunhofer ISE.

The miniature synthesis plant therefore represents, true to scale, an industrial synthesis plant. Thanks to a few tricks, it has a comparable thermal and reaction kinetic behavior. A very precise measuring technique - including infrared spectroscopy and a new type of fibre optic method - records how the plant behaves in dynamic operation with unconventional gas compositions. In parallel, the researchers have developed a simulation platform with which they can calculate the parameters under such process conditions.

"The aim of the project is a scientific and economic examination of the feasibility of methanol synthesis from renewable energies and biogenic CO2 from a biorefinery for the production of renewable ethanol," summarizes project leader Max Hadrich from Fraunhofer ISE. Other research partners in the project are Fraunhofer UMSICHT, TU Bergakademie Freiberg and the companies CropEnergies, Clariant and Thyssenkrupp Industrial Solutions.  The project is being coordinated by DECHEMA e.V. The common hope: if it is possible to develop a stable process control system, green methanol could in future be used as an energy storage medium, fuel or basic chemical and relieve the climate. 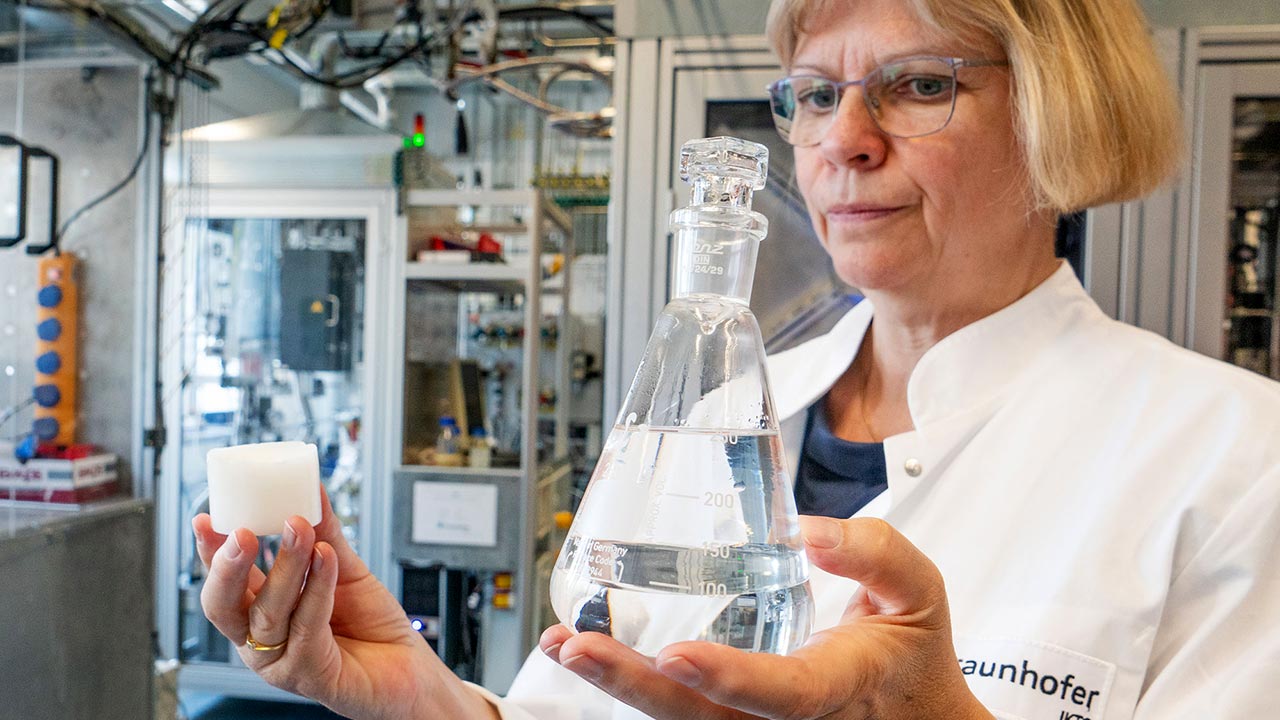