Fewer pesticides for more plant protection - this is the goal of a German-Brazilian team researching antimicrobial peptides to protect citrus fruits from bacterial "cancer infestation".

The use of pesticides in agriculture has long been controversial because they are both a blessing and a curse. On the one hand, they protect plants from pests and diseases, but on the other hand they are proven to harm the environment: soils are poisoned and biodiversity is decimated. As a result of climate change, plants are becoming even more susceptible to pests, driving up the use of pesticides. But it is also a fact that crop protection products are in some cases indispensable to ensure that the world's population can continue to be fed in the future. Sustainable solutions for crop protection are therefore urgently needed.

A German-Brazilian research team has now found a solution: Under the management of RWTH Aachen University, scientists led by Ulrich Schwaneberg developed a new fertilizer system over the past three years that significantly reduces the use of pesticides in agriculture and protects the environment. The ProPlanta joint project focused on the development of an intelligent system for the delivery of active ingredients to plants. Since 2007, the work of the German researchers has been supported by the German Federal Ministry of Education and Research with about 500,000 euros as part of the "Bioeconomy International" funding programme.

Background to the project is the increasingly precarious situation on the orange plantations near São Paulo in Brazil. Xanthomonas citri, the pathogen of the citrus crab, has been raging here for some time. To combat the bacterium, fruit farmers are extensively using copper-based pesticides. "The soils are now highly contaminated with heavy metals," reports project coordinator Ulrich Schwaneberg. This method, which has been practiced for years, not only harms the environment, it is also expensive. Experts predict that in the future, around 1 billion US dollars will be needed over a period of ten years to keep citrus cancer in check.

"Our goal was to achieve greater effectiveness with fewer pesticides that are also readily biodegradable and have a specific effect on the pathogen," says Schwaneberg. To achieve this, the ProPlanta team developed two technology platforms: a system consisting of so-called bifunctional fusion proteins that combines an antimicrobial and a leaf-binding functional unit. In order for the molecules that act against bacteria and fungi to bind to the leaf and develop their effect, an anchor peptide was used that binds specifically and rainproof to the wax layer of leaves.

The treasury of plant health

"Like pins, the bifunctional peptides cover the wax layer with a dense molecular layer and can cover a surface of approximately 250 m2 with just one gram of bifunctional peptide," explains Schwaneberg. In a recent article published in the journal Science, this technology platform has already been praised as a "treasury of possibilities" for plant health.

The second system was to develop biodegradable microgel containers. These can be loaded with large quantities of a pesticide and, due to their cross-linking density, can release the active ingredient contained in them slowly and only as required. The microgel containers were provided with an anchor peptide so that these soft particles bind to the leaf surface.

The task of Schwaneberg’s working group was to tailor the so-called adhesion promoters for the two application systems.  The researchers' challenge was to find an anchor peptide that bound so tightly to the wax layers of the leaves that it literally floats along in the wax, even when the leaf is growing, and is not washed away by rain. The researchers have solved this problem. "The binding is achieved via a three-dimensional structure of the adhesion promoters, which thus binds significantly stronger than linear molecules currently used. Also, the soft microgel containers nestle against the leaf surface like a fried egg in a pan and form a film," explains Schwaneberg.

Photographs of cucumber plants with iron deficiency treated with Fe3+-containing microgels. The untreated plant is shown on the left picture (i) and the treated plant after 48 h on the right picture (II).

High binding even in rain

The system was first tested in a greenhouse on cucumber plants. The result: "The bond is eight to ten times stronger than standard formulations that we know of. After washing off the unbound bifunctional peptides, they are only slightly washed out in the rain," Schwaneberg sums up.

Size of the microgel containers variable

The antimicrobial agents packed in the containers were provided by researchers from the University of São Paulo. They also carried out the tests on site. Schwaneberg's colleague Andrij Pich from RWTH Aachen University was responsible for the design of the microgel containers. He also ensured biodegradability and made it possible for the microgels to react to certain external stimuli and change their size. The advantage of this is that the containers swell when damp and then release active ingredients, while they collapse again when dry. "This allows active ingredients to be released in a targeted manner when they are needed, as in the case of moisture when microorganisms multiply," says Schwaneberg.

The ProPlanta technology is therefore an effective tool for plant health. With the help of the microgel containers, fertiliser can also be released extremely sparingly so that the environment is less polluted. "This is a technology platform with which you can significantly reduce the quantities used of all kinds of compounds that are under regulatory pressure in crop protection, such as copper compounds, so that more can be achieved with less," concludes Schwaneberg. However, the application potential is far greater. "The technology would also be suitable for coating antimicrobial textiles or medical products to specifically kill germs."

The researchers have applied for a patent in the EU. If the field tests on three domestic crops planned for summer in Germany are successful, a start-up company will be set up for the commercial exploitation of the technology. Contacts have already been established with the major players in crop protection. 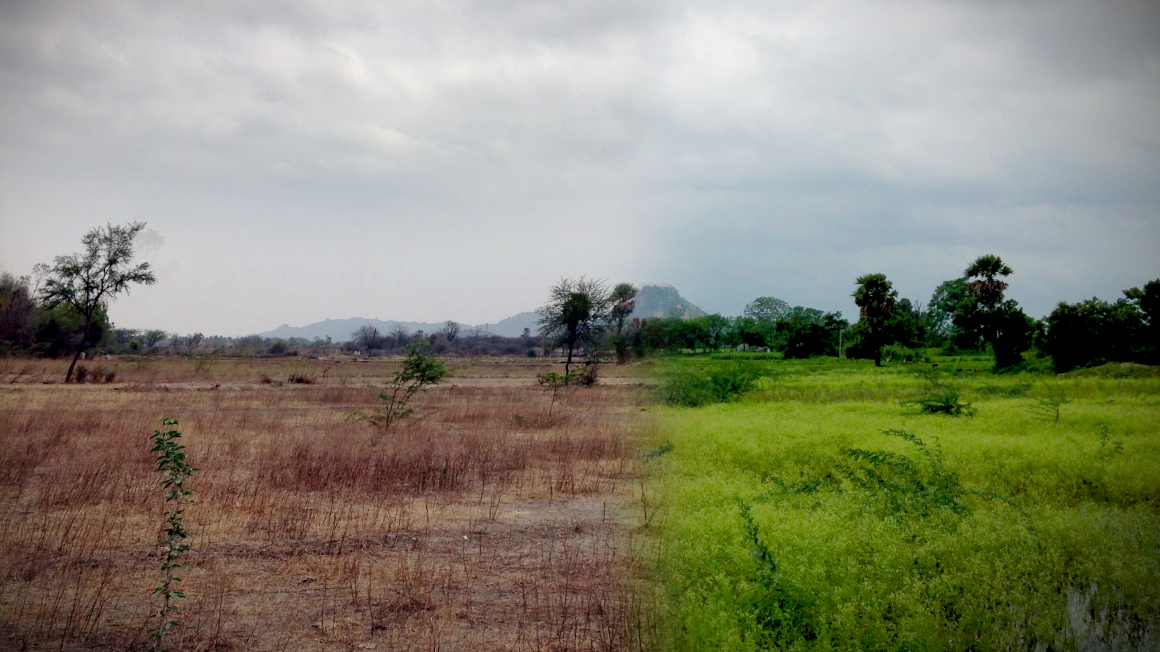