More sugar in the beet

More sugar in the beet

Where does the sugar in the sugar beet actually come from? Scientists from research and industry looked into this question in order to increase yields from sugar beet.

The sugar beet is one of the more recent arrivals on the fields of the world’s temperate zones, not least because it took until the 18th century for German plant breeders to significantly increase the sugar content of fodder beet. Once this had been achieved, the groundwork was laid for the industrial production of sugar. Today, about one third of the sugar consumed worldwide derives from sugar beet (Beta vulgaris), generating an annual turnover of around €25 billion. Beet is also used in the production of bioenergy, including bioethanol.

In every single sugar beet, the eponymous sugar is newly synthesised from the ground up via the process of photosynthesis. The sugar that can be stored in a modern and harvestable plant accounts for around 18% of the fresh weight of the plant. This valuable ingredient is concentrated in hollow spaces in the cells of the beet, the so-called ‘collecting vacuoles’. Until recently however, it was not known how the sugar accumulates in these vacuoles.

Tracking down the sugar transporters

The precise functioning of structures for sugar transportation in beet has been the focus of a Germany-wide collaborative project titled ‘Betamorphosis’, which was headed by plant biochemist Ulf-Ingo Flügge at the University of Cologne. The universities of Erlangen, Kaiserslautern and Würzburg as well as the industrial divisions of Südzucker AG and KWS Saat AG were also involved in the project, which was funded with nearly €1.9 million over a period of three and a half years by the German Federal Ministry of Education and Research (BMBF) within the scope of the initiative ‘Plant 2030'. The overarching objective: to increase the yield and sugar content of beet.

“In essence, it’s all about source-sink relationships,” summarises Ulf-Ingo Flügge. Sucrose is produced in the leaves - the photosynthesis organs of the plant. The plant researchers refer to them as the ‘source’. This photosynthesis product is then transported away from the leaves through the capillaries of the plant and into the storage tissue. In the case of sugar beet, this tissue is the taproot – also referred to as the ‘sink tissue’.

The efforts of breeders to further increase sugar yields from beet using conventional breeding eventually came up against their natural limits. However, the causes of these limits remained unclear: are the leaves unable to produce any more sugar, or have the storage capacities of the beet been reached? “In the case of the potato, we have previously demonstrated that increasing the sink capacity can considerably increase the starch content. We achieved this through an overexpression of two transporters proteins at the site of starch production in the tuber,” says Flügge.

The development of young sugar beet and their systems for sugar storage are being closely investigated under laboratory conditions.

Searching for candidates in the sugar beet vacuole membrane

The initial focus of the Betamorphosis project was the molecular identification of the transporters responsible for the influx of sucrose into the vacuole membranes. The idea was that by applying that knowledge, the activity of these transporters could be boosted, with the ultimate aim of increasing commercial yields. “Scientists have been looking for these special sucrose transporters for over 20 years, but they have never been identified. This has involved predominantly biochemical approaches, although without success. Ultimately, our new approach has been fruitful,” says Flügge. The researchers succeeded in locating the transporter through an analysis of the protein composition in the vacuole, which is the sugar-storing membrane vesicle. Thereby, the investigations included samples from both younger and older plants. The data from the protein analyses were then correlated with age and increased sucrose uptake, enabling the researchers to narrow down the number of relevant transporter proteins.

These proteomics studies were carried out by a team led by Ekkehard Neuhaus from the Kaiserslautern Technical University. In turn, measurements of the electrophysiology of the transporter protein were undertaken by Würzburg-based plant researcher Rainer Hedrich and his team. In addition to the identification of the sucrose transporter, the joint project also included an investigation of the specific time and quantities of sugar development in the beet. Here, the researchers successfully identified the transporter that is responsible for the storage of sugars in the vacuoles. The findings on the transporter, which goes by the name of BvTST2.1, have been published in the journal “Nature Plants”.

In the future, the identification of the transporter could assist in efforts to increase the yields of sugar beet and other sugar-storing plants. However, industrial application in Germany and the EU is not currently permitted because an increase in yield would be based on genetic engineering techniques. Alternatively, an application of the new CRISPR/Cas gene-editing technology, alongside other tools for genome editing, could enable targeted modification of the sucrose transporter of the sugar beet and a corresponding increase in yield – without the use of a transgenic approach. However, currently it is not known yet whether such plants would fall under European regulations on genetic engineering. The European Court of Justice will be delivering a judgment on this matter in 2018. Flügge is hoping for a decision that will at the very least permit the use of CRISPR/Cas for results-oriented and quick plant breeding.

In a follow-up project coordinated by Ekkehard Neuhaus at TU Kaiserslautern which is also funded by the BMBF, the researchers are using genome-editing approaches to lend frost resistance to the beet, thereby lengthening the growing season. “Sugar beets are usually quite sensitive to the cold,” says Flügge. “If we could sow the seeds in the autumn of the preceding year, we would have a longer growing season and thus potentially higher yields.” 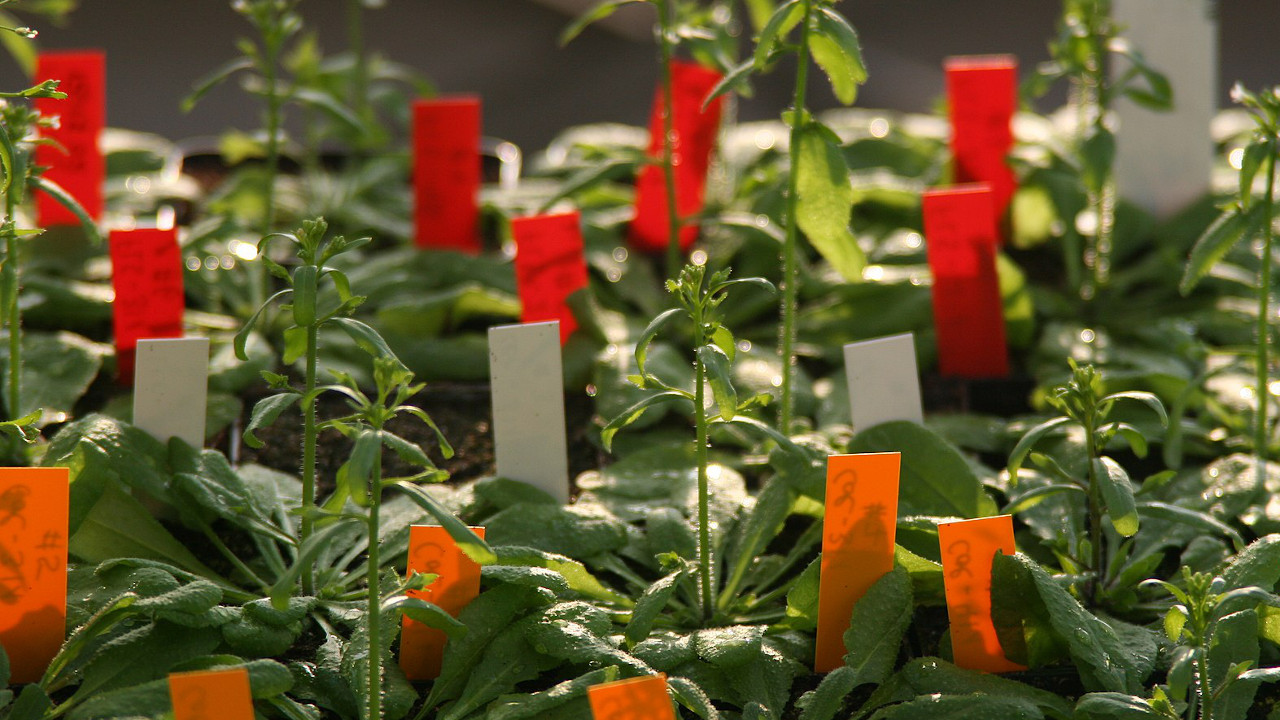