Fraunhofer researchers are developing processes and catalysts to produce chemicals and fuels from carbon dioxide. They have now demonstrated ethylene synthesis.

Source
Fraunhofer IGB
This demonstrator produces ethylene from CO2 and water electrochemically in just one step.

Crude oil is of great value to the chemical industry because of the carbon compounds it contains. Not only vegetable biomass, but also the greenhouse gas carbon dioxide can be considered as an alternative source of carbon for chemical processes - as long as these processes are profitable. Catalysts are a key element for economic efficiency. Researchers at the Fraunhofer Institute for Interfacial Engineering and Biotechnology (IGB) are working on optimizing such catalysts and processes. For the production of ethylene, they have achieved this on a larger scale in the Leuna and Straubing parts of the institute with a specially developed electrochemical cell.

Ethylene production on an industrial scale

"With this system, we produce ethylene from CO2 and water in one single step on an electrode surface of 130 cm2 and with our own catalysts," reports IGB researcher Carsten Pietzka. Comparable results for this electrosynthesis process have so far only been achieved on a laboratory scale, "with electrode surfaces of just a few square centimeters and catalysts that can only be produced on a small scale," says the chemist. From 2020, a new electrolysis platform will make it possible to scale the process to an industrial scale. The researchers emphasize that, naturally, these processes are only sustainable if the electricity used comes from regenerative sources.

For the production of methanol, IGB researchers have revolutionized the production of the associated catalysts. So far, these have been produced from copper-containing solutions in several complex intermediate stages. "In order to save energy, time and resources during catalyst synthesis on an industrial scale, we have optimized the process for continuous operation," explains IGB researcher Lénárd Csepei. In addition, the chemists have developed and patented a process that makes it easier to produce catalysts with a wide variety of elemental compositions.

The scientists have developed a special apparatus to test the performance of the new catalysts. "In our multi-purpose system with four parallel reactor tubes, we can test catalysts under different reaction conditions – such as different synthesis gas mixtures, pressures and temperatures – in high throughput," explains Csepei. One of the most important factors for a catalyst is the highest possible yield of the desired product. By-products should not form if possible.

But the scientists are interested in more than just catalysts. "We are also developing new processes and design appropriate plants to convert CO2 electrochemically – with electricity from renewable energies – or chemically; or we combine these with biotechnological processes," explains Gerd Unkelbach, who is responsible for the Sustainable Chemistry business area at Fraunhofer IGB.

Because the electrochemical production of chemicals from carbon dioxide can only compete with the petroleum-based alternative on a really large scale, the Fraunhofer researchers are working on a solution for smaller emitters such as biogas plants or breweries. They want to couple synthesis directly with biotechnological fermentation to produce higher-value chemicals. "Using a new reaction process, CO2 is transformed to methanol as intermediate product, which is pumped directly into a fermenter at certain intervals without further processing," said Csepei, describing the goal. The microorganisms use methanol as the sole carbon source and produce, for example, lactic acid, isoprene, polyhydroxybutyric acid and long-chain terpenes - products for which good prices can be achieved because conventional chemical-catalytic production is complex and expensive. 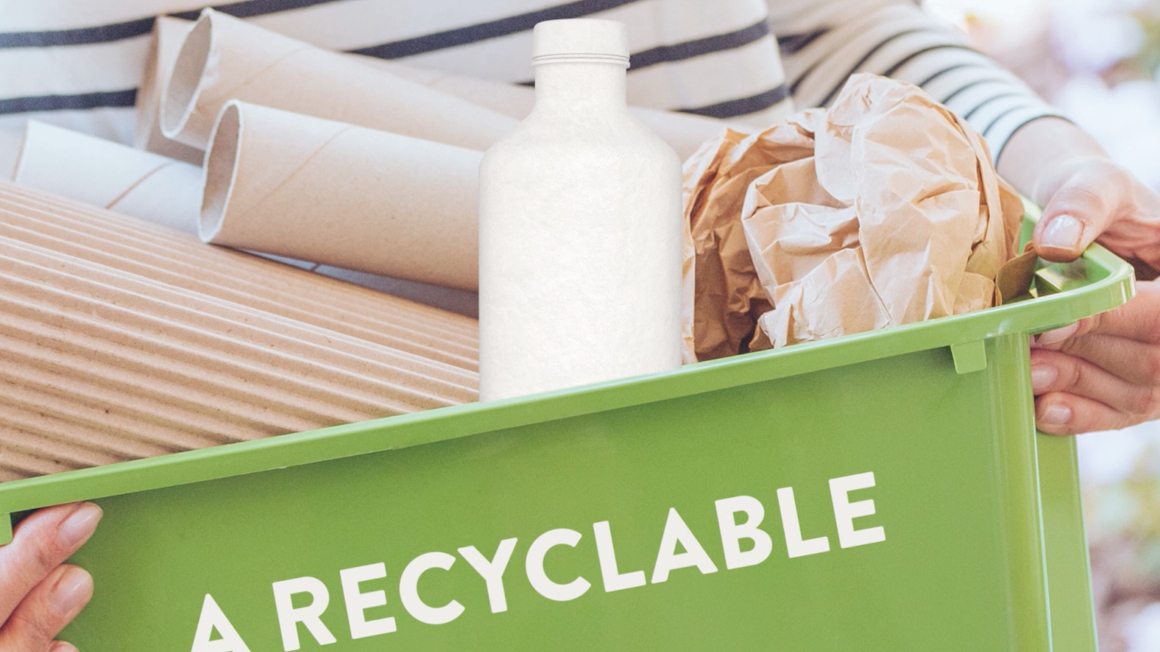 Alliance for a paper beverage bottle