Researchers at Hohenheim University deciphered the origin of differing behaviours between honey bees. Specific chromosomal structures define how they experience their surroundings.

Source
Pixabay
Honey bees adapt their behavior to their environment - a chromosomal structure appaers to be the key to this process.

Different habitats require different ways of life. Throughout evolution and over the course of millions of years a multitude of animal species have adapted to their respective homes. Even honey bees differ from one another in their behaviour. East African honey bees, for instance, live either in the dry savannahs or in the darker and damper mountain forests – each environment requires their own skill set. Researcher at the universities of Hohenheim and Uppsala, and the Institute for Bee Research Hohen Neuendorf e.V. found out that 98.6% of the genetic code of these two bee populations was identical. But two stretches of the genetic code differ in their information between the two populations. This affects mostly those genes that are necessary to experience and react to the environment. The results of their research were published in the journal “PLOS Genetics”.

The dark East African mountain honey bees live in the cool and damp rain forest 2000 metres above the ocean -  and are very well adapted to their surroundings. Only a few kilometres apart but separated by more than 1000 metres in altitude the fairer Kenyan savannah honey bees live. Although their environment is significantly dryer than that of their mountain cousins, they also adapted very well to their surroundings. “We are interested in how living beings are able to adapt to special surroundings”, explains Martin Hasselman, head of the subject area population genomics of livestock at the University Hohenheim. “And we wanted to know, whether these adaptations of the bee populations could be measured via genetic differences.”

In order to answer that question an international team of researchers headed by Hasselmann analysed the genetic material of 39 bees – 20 mountain bees and 19 savannah bees. Their results show that the populations are identical for 98.6% of their DNA – but differ widely in the remaining 1.4%. “Thus, these two populations are very similar, almost identical. However, wherever they differ, they differ to an extreme extent”, says Hasselmann.

These extreme genetic differences are on two sections of two chromosomes. In these sections mostly those kind of genes are located, which affect the cognitive behaviour of bees. They determine how bees look for food and how they learn new information. “Mountain bees most likely experience their surroundings differently”, explains Hasselmann. “We have reasons to believe that these bees adapted to their particular environment millions of years ago. And we assume that these bees are superior to the savannah bees, when it comes to learning or remembering new food sources.”

The molecular reason for this genetic difference is just as spectacular: “We have identified a very interesting mechanism that could explain this genetic differentiation”, says Hasselmann. “The structure of the chromosomes of mountain bees is different than for other bees. They are partly inverted. This enabled novel combinations within the genetic code, which were then stabilized, and differ widely between the bee populations.” This adaptation appears to be unique among honey bees worldwide – so far no other honey bees have been found that display this genetic variant.

News: A protective envelope for DNA origami
Interview: How humans have changed the world
News: Painting with molecules 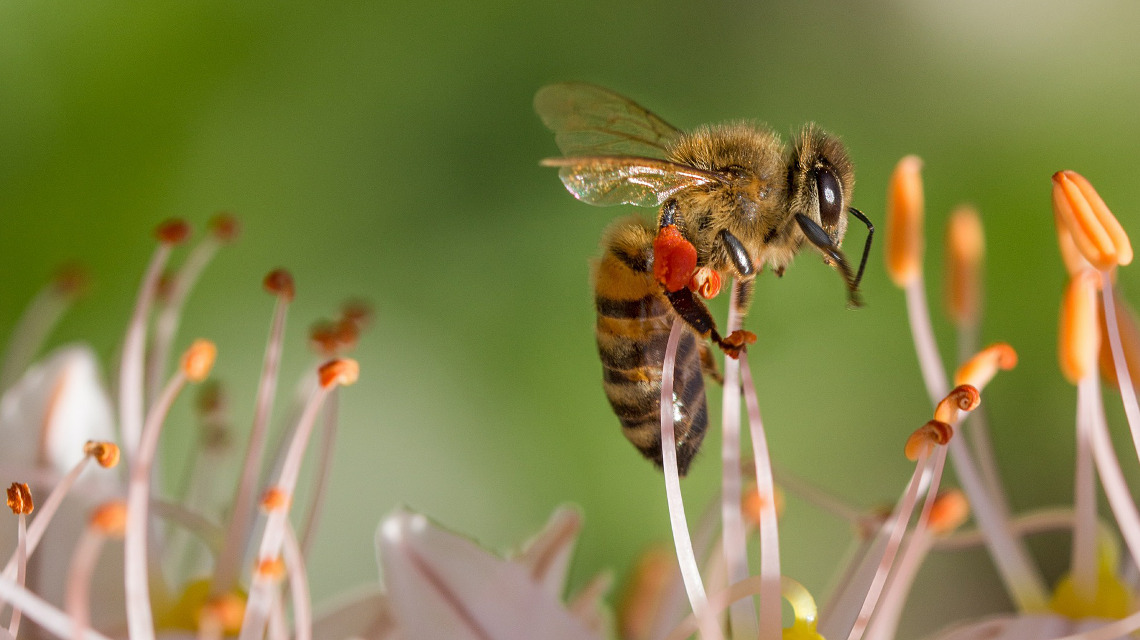