German fungus researchers from Tübingen have developed a special substrate of biochar that will help young plants to take root and to sustainably protect against diseases.

Biochar has long been known in agriculture as a soil improver. The charred remains of plant biomass not only promote soil quality but also stimulate plant growth. In addition, its potential to compensate for the greenhouse gas carbon dioxide, is immense. Researchers at the University of Tübingen have now colonised biochar made of wood with microfungi and developed a special substrate for horticulture, which promotes root growth in seedlings and makes them more resistant to fungal diseases. The microorganisms belong to the fungal genus Serendipita, which lives in symbiosis with many plant roots. The special substrate created by the biologists at Tübingen was sponsored by Federal Ministry of Education and Research (BMBF) within the ideas competition “New Products for the Bioeconomy” with €60,000.

The beneficial properties of biochar have been known for a long time; however, these properties have only been intensively researched in the last few years. The advantage: the minerals in the plant starting materials such as straw, wood or other biomass, are not lost during carbonisation, but bind to the surface of the biochar. This is added to the soil as a natural nutrient depot for fields and plants. Furthermore, depending on the type of biomass, biochar has the ability to absorb carbon in large quantities over a long period of time and thus curb CO2 environmental pollution.

The potential of using biochar for agriculture and crop cultivation is a goal that is being intensively funded by the Federal Research Ministry. In the project “Biochar-based root inoculation for renewable crop cultivation”, researchers from the University of Tübingen have looked at how to increase the beneficial properties of biochar for plant growth using bio microfungi. Within the sponsored project, the team, led by biologist Michael Weiß have experimented with biochar from wood. “We opted for charcoal, because it has a large internal surface area and thus many pores that provide microorganisms with niches where they can settle within the charred wood,” explains White.

Microfungus increases the potential of biochar

It is known that many plants live in symbiosis with microorganisms that live in their roots. Michael Weiß and his team have now tried to combine this natural microbial plant elixir with the beneficial properties of biochar. To do this they chose a type of microfungus called Serendipita, which according to the latest findings, is present in nearly all plant roots. Weiß and his student assistants were able to experiment with about a dozen types of the Serendipta genus: “We tried to settle the various fungi on coal. At the end, black charcoal, which was colonised by microfungi, emerged. This means that this powder is alive.”

Inoculating biochar with microfungi also has another purpose. The microfungi should also act as a natural weapon against harmful fungi, which can be dangerous to young plants. The effect of the biochar-based substrate was subsequently tested on different plant cuttings. The first results were very promising. “When mixing the substrate with potting soil or loose substrates for cuttings, they develop faster and with more roots. Furthermore, the plants are stronger and more resistant against fungal diseases,” reports Weiß.

As in nature, after germination, the seedlings form a symbiotic community with the microfungi. As part of the BMBF project, biologist Michael Weiß could thus lay the foundation/basis for a special substrate, which can be a useful aid, in particular for horticulturists in the rearing of young plants. There are already prospective buyers from organic gardening. As part of Weiß’s newly established Steinbeis Innovation Centre "Organismic Mycology and Microbiology", the fungi expert will continue the development of the new plant granules. “The task now is to find very specific formulations for various applications like, for example, supplements for substrates to produce seedlings". At the same time, Weiß wants to examine which substrate is particularly suitable for which plant, and whether the biochar-based substrate is suitable for seed treatment, to protect seeds in a natural and sustainable way. 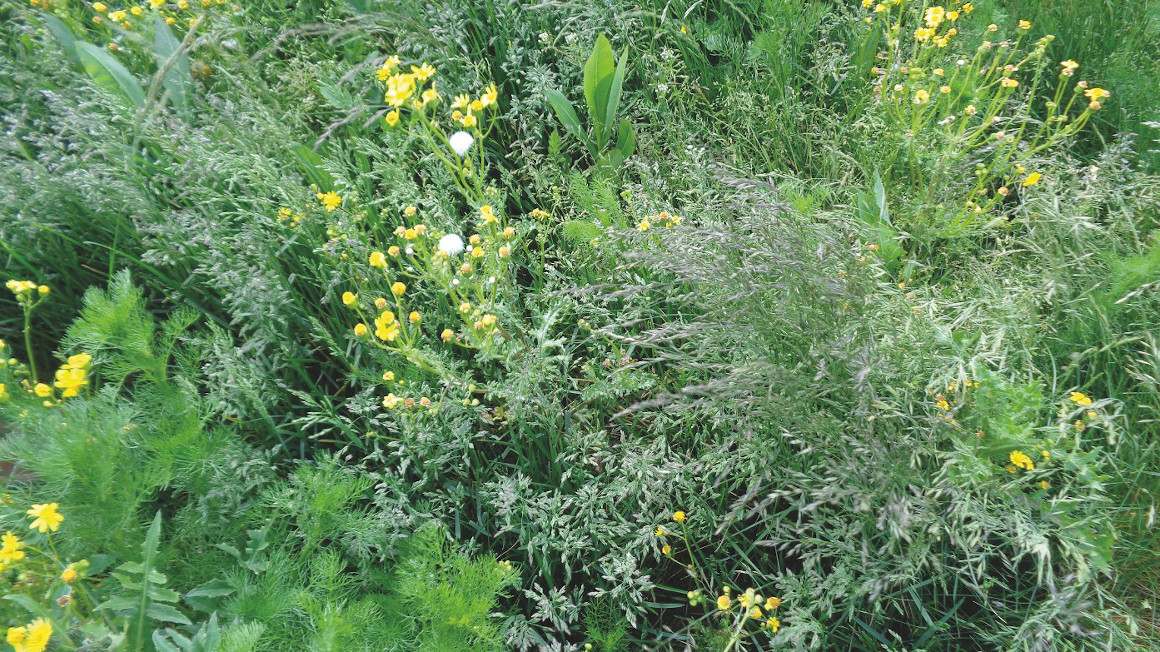